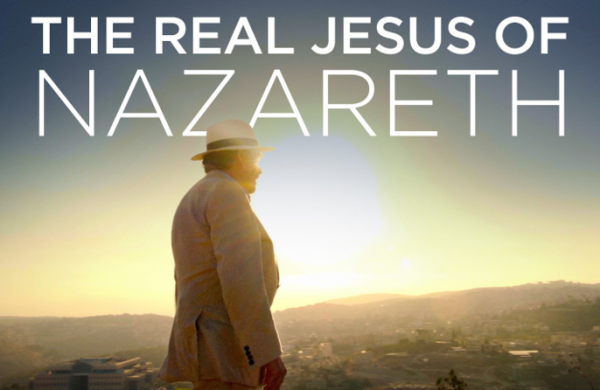 In this Smithsonian series, actor Robert Powell travels the Holy Land to seek out clues to the real historical figure who inspired Christianity. With the help of scholars and theologians, Robert Powell examines Jesus's lost adolescent years, the start and growth of his ministry, and his death and believed resurrection, which would spark the birth of one of the largest religions on the planet.

February 28 - The Lost Years
Explores Jesus’ early years around Nazareth and Bethlehem, most of which are not covered in the Bible. As he journeys through the Holy Land, Powell catches references to the young Jesus – from his birth, to the 12-year-old child debating scripture in the temple in Jerusalem, to his mysterious lost years, where he disappears from history before reappearing in the gospels around the age of 30. Powell walks where Jesus conceivably walked and travels to Nazareth, Bethlehem, Sepphoris and Jerusalem, consulting with leading historians, archaeologists and theologians to uncover what life was like as a Jew in first-century Judea.

March 7 - The Ministry Begins
Highlights Jesus’ baptism by John the Baptist, the first event in Jesus’ life that is reported in all four gospels. Powell looks to uncover how Jesus might have developed the message – radical for its time – that would form the basis of the future Christian religion. Powell travels into the Judaean desert where Jesus fasted for 40 days, and then follows the ancient routes to Galilee where Jesus taught after his exile from Nazareth.

March 14 - From Galilee to Jerusalem
Takes us to Capernaum, a fishing village where Jesus expanded his ministry, where he learns more from historians about the people who chose to follow Jesus, including his disciples. He then goes to the Mount of Beatitudes where Jesus delivered the Sermon on the Mount, the cornerstone of Christian ethics. Powell follows in Jesus’ footsteps to Jerusalem, where after speaking with historians, rabbis and archaeologists, he uncovers a radical new idea about Jesus’ final confrontation with the Jewish authorities before his arrest.

Chronicles the last moments of Jesus’ life, following his entry into Jerusalem for the Jewish festival of Passover. Powell learns that Jesus’ claim to be the messiah was what caused him to be sent before Pontius Pilate, and Powell gets a chance to stand on the exact steps from where Pilate would have sent Jesus to be crucified. After meeting with professors to demonstrate how different the reality of crucifixion would have been from the traditional depictions, Powell returns to Jerusalem one final time to explore a traditional tomb and discover how the apostles’ belief in the resurrection of Jesus – as described in all four gospels – would become be the catalyst for a new religion: Christianity.

St. Michael and All Angels celebrates Holy Eucharist: Rite II every Sunday morning at 10 AM live on Zoom.
Stick around after the service for fellowship and virtual coffee hour.