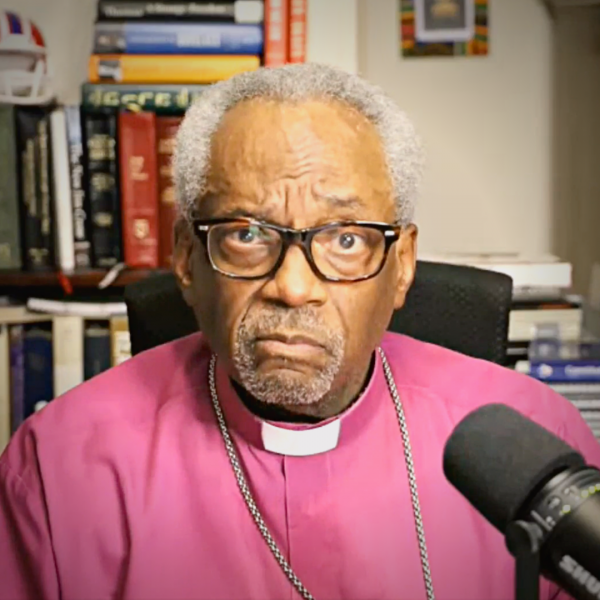 The Most Rev. Michael Curry, Presiding Bishop of the Episcopal Church, leads prayer on Facebook after the shooting at St. Stephen's Episcopal Church in Vestavia Hills, Alabama, on June 16, 2022.

During the video, Bishop Curry said one death, which was what was reported at that point. Later it was reported that another person died.