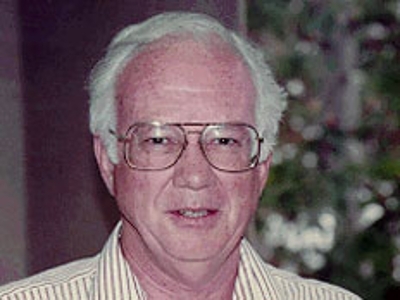 Long-time parishioner Keith Nelson passed away last week. Keith has been a faithful member of St. Michael’s for many years and spearheaded our history project for the 50th anniversary of the church. He was active in UCI Canterbury, serving as President of the board. A founding member of the Department of History at UCI, Keith served there from 1965 to 2004. A fuller description of his work may be found below. A celebration of his life will be held in 2023.

Keith L. Nelson, a founding faculty member in UC Irvine’s Department of History, passed away peacefully on October 10, 2022. From the launching of our campus in September 1965 until his retirement in 2004, and for many years thereafter as an emeritus, Keith built a record of extraordinary and ongoing service to his department, university, profession, and community.

Keith received his undergraduate and early graduate training at Stanford University, receiving his B.A. in 1953 and his M.A. in 1954. He subsequently studied in Berlin on a Rotary International Fellowship and also served a two-year tour of duty as an Intelligence Officer in the U.S. Army. After receiving his Ph.D. in History at UC Berkeley, and before arriving at UC Irvine, Keith taught at the University of Texas, Austin and at UC, Riverside.

As a scholar, Keith’s research and writing developed out of his early interest in European-American relationships and his growing concern about the impact of war derived from teaching during America’s Vietnam intervention. He became especially interested in how international conflict transforms participating nations. This interest led to the publication in 1971 of The Impact of War on American Life: The Twentieth-Century Experience. During the same period he examined American relations with Germany in an earlier post-war era and published a book in 1975 on the United States’ role in the Rhineland occupation (Victors Divided: America and the Allies in Germany, 1918-1923). In addition, he became intrigued with questions of theory as applied to analyzing foreign relations. At the end of the 1970s, he and his UCI colleague Spencer Olin (who

composed this In Memoriam essay) collaborated on a study designed to increase the self-knowledge of historians by suggesting, first, that their interpretations of the past are inevitably and essentially rooted in social theory and, second, that these theories are themselves grounded in one or another of the ideological traditions that have developed over the last millennium. They then proceeded to show how representative historical interpretations of World Wars I and II and the Vietnam War tend to fall into theoretical “schools” that are ultimately derived from those ideological traditions. (See Why War? Ideology, Theory, and History.) A continuing quest to comprehend the impact of war led to the publication in 1995 of The Making of Détente: Soviet-American Relations in the Shadow of Vietnam. That book helped establish Keith as one of the country’s outstanding Cold War scholars by demonstrating how relaxation of tensions with the Soviet Union in the 1970s emerged as an after-effect of the tragic struggle in Southeast Asia, as well as the growth of military symmetry, the weakening of alliance systems, and the increasing economic difficulties of both superpowers. Keith insisted that, above all, it was the Vietnam conflict that destroyed our sense of inevitability about the Cold War. Subsequently, in a larger but related study published in 2000, he and UCI political scientist colleague Patrick Morgan sought to generalize about the way in which foreign affairs had impinged upon domestic matters in the last half of the 20th century (Re-Viewing the Cold War).

Upon his retirement in 2004, Keith remained an active and engaged scholar. He published book reviews in The Journal of American History and Diplomatic History, for example, and contributed an impressive chapter to Melvin Small’s edited work, A Companion to Richard Nixon (2011). Keith also continued his notable contributions to our campus. In the winter quarter of 2010, when the Department of History lacked funds to remunerate him, Keith nonetheless offered a well-enrolled advanced seminar on “Nixon, Kissinger, and Détente.” He was also appointed by Dean Vicki Ruiz on a “without-salary” basis to serve as Acting Director of Religious Studies for several years, and brought increased academic coherence and student attention to that program.

With regard to public and community service, Keith joined Spencer Olin in a long- term voluntary effort on behalf of the Great Park in Irvine. One of that park’s central features is a Walkable Historical Timeline created and composed by Keith and Spencer. Nearly 3,000 feet in length and consisting of nearly 200 historical entries in four separate phases, the Timeline includes major defining events and

turning points in human history, serving as a kind of historical master narrative for the entire Great Park enterprise. The Timeline is accompanied by a brochure composed by Keith and Spencer that promotes a deeper understanding of the historical significance of each entry. This effort lead in June, 2010 to a formal commendation from the Irvine City Council for “devoting countless volunteer hours developing the Great Park’s public history program and guiding its professional leadership.”

Finally, it is important to mention that for more than 40 years Keith was an active member of the Irvine/Newport Beach Rotary Club and served for a time as its President. One of the objectives of Rotary International is “the advancement of international understanding,” certainly one of Keith’s primary objectives during his long tenure at UC Irvine. For many years Keith invited UCI faculty and academic administrators to present lectures at Rotary’s weekly meetings. In this manner, UCI has often been “introduced” to a larger professional and community audience whose support is important to our campus. Other examples of Keith’s long-standing commitment to international understanding were his extended involvement with UCI’s Center for Global Peace and Conflict Studies and his three- year service as Director of UC’s Education Abroad Program in Sweden and Denmark from 1998-2001. Since 2015, he also generously sponsored an annual Keith L. Nelson Lecture in U.S. International History.

As a founding faculty member who deeply believed in UCI’s mission and future, Keith Nelson “kept the faith” throughout his long career—stimulating student learning (including a three-year tour as Director of the Humanities Core Course), maintaining regular contact with former graduate students, working with campus colleagues, contributing innovative scholarship, and serving the broader community. All of these, when combined with his generosity, positive enthusiasm, and energetic spirit of inquiry, made a lasting mark at UCI.